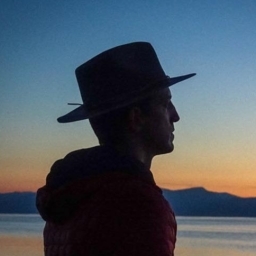 Dave Morin
Entrepreneur
Product Design
Design
Entreprenuership
Venture Capital
Architecture
Short
Back
The availability is adjusted to your timezone
$75
Continue
Meetings on Pensight
Book
Find an available time and book it right away
Talk
Have a 1:1 video call directly in your browser
Questions on Pensight
Ask
Send a message or submit a short video
Receive
Get a personal video answer to your question
About

Co-Founder & Executive Chairman of Sunrise whose mission is to cure depression, reduce suffering, and understand the brain. Focused on bringing together science, technology, medicine, spirituality, philosophy, and design to revolutionize how humanity experiences all forms of depression.

Previously, he was Founder & Partner at Slow Ventures, a leading Silicon Valley venture capital firm that champions long term thinking and innovation. Slow serves a community of over 300 of the most innovative startups in the world managing $450M~ in capital. Including Slack, Pinterest, Robinhood, Dwell, Evernote, NextDoor, Blue Bottle, Allbirds, Girlboss, PillPack, Brightside and more.

He was the Co-Founder and CEO of Path which was acquired by Kakao in 2015. He cofounded Path with the mission of being a source of happiness, meaning, and connection through simplicity, quality, and privacy in social networking technology and design.

Dave has had a lifelong passion for technology, entrepreneurship, culture, design, photography, nature, skiing, and improving society. He served both Apple and Facebook for several years during periods of rapid innovation and growth. He holds a degree in Economics from the University of Colorado at Boulder. Today, he serves on the Boards of Dwell and Esalen.

He grew up under the big sky of Montana where he was ranked as one of the top downhill ski racers in America. Today, he lives and works in the beautiful San Francisco Bay Area with his wife Brit, sons Ansel & Austin, and dog Pixel.