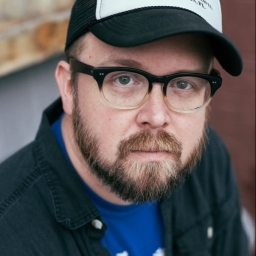 Larry Fulford
Stand-up comedian who's written and reviewed a bunch of screenplays here to assist anyone thinking about getting into screenwriting or comedy.
Screenwriting
Stand-Up Comedy
Creative Writing
Book a Meeting
$5
Schedule a 1:1 video call
Screenwriting Workshop - 15 minutes
Book a Meeting
Ask a Question
Personal video answer to your question
Larry Fulford does not currently accept questions on Pensight but you can show your interest!
Meetings on Pensight
Book
Find an available time and book it right away
Talk
Have a 1:1 video call directly in your browser
Questions on Pensight
Ask
Send a message or submit a short video
Receive
Get a personal video answer to your question
About

I have done stand-up comedy since February 2011. Prior to that, my passion was studying the format and art of screenwriting. These days I dabble in both and love to talk shop with anyone interested in either endeavor.

My love of screenwriting dates back to college. Studying under A. Wayne Carter, a script consultant who sold his own to studios like Paramount, Universal and Fox, I learned the ins and outs of storytelling for the screen and the importance of finishing your first script, which I did a year later.

I later took an online sketch writing course through Second City under the guidance of Eric Spitznagel (Playboy, Rolling Stone, author of Old Records Never Die), learning how to establish character and conflict in the confines of a sketch.

For a few months, I reviewed submissions for the BlueCat Screenplay Competition, providing each with an in-depth critique.

I have read books, essays and interviews with some of the greatest screenwriters of our time, learning as much as possible and applying it to my own writing. I've completed features, shorts, a Saturday Night Live packet and reviewed pilots and features for several stand-up comedian buddies.

I first attempted stand-up for the same reason most do: people told me I was funny. Like those who actually give it a shot, my first (second, third, ...) attempt was awkward at best, abysmal at worst, but I was hooked, and an uncomfortable night in a brightly lit coffeehouse sent me down a path that eventually led to opening for the likes of Brian Posehn, Nick Thune and Creed Bratton (The Office), and performing at festivals alongside Kyle Kinane and Eddie Pepitone.

Like screenwriting, with stand-up I became obsessed with finding the perfect words. Unlike screenwriting, that's not enough. You need to also be able to bring those words to life onstage, alone, delivering them with the confidence of someone not at all terrified that a room full of strangers may not think you're funny.

Whether you're finally taking a crack at that story you've always thought "would make a great movie" or are on your sixth script and hit a wall, thinking of trying stand-up for the first time or have been at it a while and want outside perspective from a stranger who has no reason to sugarcoat anything, I'm happy to discuss either weird world with you.

Every scheduled session is whatever you want out of it. Want to review actual pages of your script? Let's do it. Want help punching up jokes? Let's do it. Need a friendly nudge of motivation to even begin the journey? I got you.

In the screenwriting workshops, we can discuss a specific project you're working on or I can take general screenwriting questions and offer advice and tips I've picked up over the years. Or it can be a little of one, little of the other.

In either case, I want you to get the most out of our time together. With that in mind, the one suggestion I'd have is to jot down any notes regarding what you'd like to go over so we can utilize every minute of that time wisely.