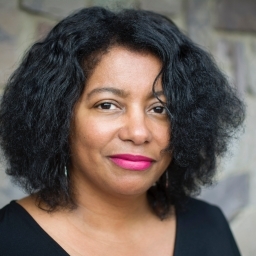 Jacqueline Olive
Director/Producer/Writer/Speaker/Mentor
Film Development
Story Consultation
Budgeting/Fundraising
Grant Proposal Review
Book a Meeting
$100
Schedule a 1:1 video call
Let's Get This Project Moving: Short Mentorship Session - 30 Minutes - 30 minutes
Book a Meeting
Ask a Question
Personal video answer to your question
Jacqueline Olive does not currently accept questions on Pensight but you can show your interest!
Meetings on Pensight
Book
Find an available time and book it right away
Talk
Have a 1:1 video call directly in your browser
Questions on Pensight
Ask
Send a message or submit a short video
Receive
Get a personal video answer to your question
About

I can help filmmakers clarify their visions for their documentary films, supporting a skillful and authentic expression of their voices while offering guidance on building, reaching, and engaging audiences with accurate and deeply meaningful stories. Together, we can confidently tackle everything from crew management and pitching to going from rough cut to fine cut so you can powerfully move audiences with the film that you've been imagining for so long.

Want tips on self-care over a long production schedule? Wondering what to expect after picture lock? I have answers to these questions and experience with every aspect of filmmaking from research and development to journalist practices, strategizing festival runs, acquiring distribution, self-distributing, press prep, branding and web presence, audience engagement, and more. I can additionally give feedback on cuts and provide single session or regular mentorship 1-on-1 or with your key production team. Let's get things going so you can finish your film and get it out into the world!